Top 10 Most Followed Streamers on Twitch in 2022 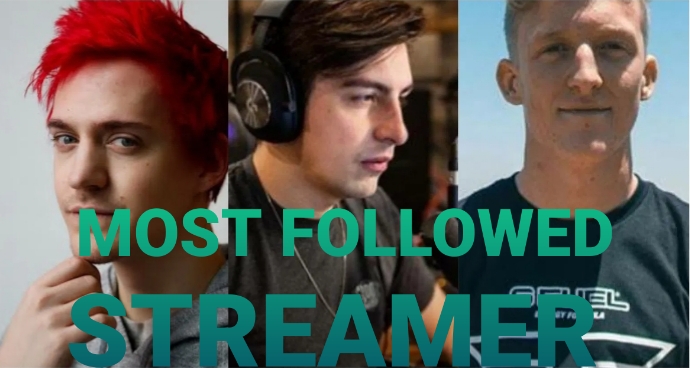 Summit1g is at the 10th place .He plays different games . His dedication towards streaming while being a professional player earned him the 10th spot within the list this year.

TIMTHETAMAN have been consitent streamer in recent years with 5.9M followers on Twitch. He plays different games like COD, Fortnite, and Overwatch, and his audience seems to enjoy whatever he has to offer. His dedication is something to be admired for with more success on his way .

One of the popular GTA streamer, Auronplay chose to stream Among Us in 2020 which helped him to rise so high up in the list, into the top 10. With decreasing hype of Among Us, Auron seems to hold himself pretty well maintaining a steady audience.

Sodapoppin is a Twitch veteran being streaming on the platform for the past decade. He has significantly high numbers given he is known for streaming World of Warcraft.

Another one of Fortnite success stories, Myth hails from TSM. He switches between multiple games as Fortnite doesn’t post the same number of viewers as it once did. He is doing surprisingly well despite not streaming Fortnite anymore.

The most popular female streamer on the platform, Pokimane has 7.8M followers. She has been a consistent streamer as well in the list . She usually plays Valorant and Minecraft.

The smoothest pointer in FPS history. Before, he was a professional CSGO player of Cloud9, and was named the most talented person in North America because of his skills. He left the professional team but stayed at C9 as a content creator. He was later separated from the organization. After working briefly on Mixer, he returned to Twitch when subsequent projects began to decline.

Tfue has surpassed the Twitch rankings in many places this year, which brought difficulties for Ninja in 2018. Originally known by Fortnite with the help of the FaZe family, Tfue is said to be the best player in the world, and like Shroud, he withdrew from the game. He left competitive Fortnite to continue streaming. He no longer stream the game that put him here but still has a loyal fanbase that enjoys his content.

Ninja ruled Twitch ever since Fortnite came into existence. He was seen playing with celebrities in 2017 and 2018. More like shroud, he also returned to Twitch after a short break on mixer and once again topped the charts . He has 16.7 million + follower buffer from the second-placed Tfue. He has been streaming Fortnite for a long time, but he is testing other games as well that his fans like.